Hey everyone! I just created this new book tag called “The Rabbit Ears Book Tag” and I just wanted to give everyone a gist of how this works by starting off the tag myself! So, here we go!

The questions for this tag are:

1. The Fool and the Flying Ship:  Favorite Book that made you laugh

My favorite book that made me laugh was Allie Brosh’s “Hyperbole and a Half!”  The illustrations were hilarious and the narrative was so unique!

2. The Velveteen Rabbit:  Favorite Book that made you cry

I cried so much during John Green’s “The Fault in Our Stars.” The ending just broke me to pieces.

Neil Gaiman’s “The Ocean at the End of the Lane” inspired me to see the power of reading and it just made me appreciate books a lot more!  Also, has a strong female protagonist!

4. The Legend of Sleepy Hollow:  Favorite Book that scared you

The scariest book I’ve read so far was Stephen King’s “Carrie,” as the idea about someone using their telepathic powers to slaughter a school was pretty creepy to me! 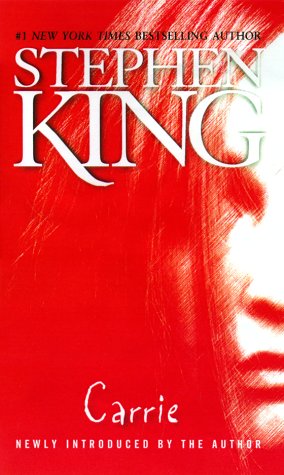 5. The Emperor and the Nightingale :  Favorite Book that took place in a foreign country

I really enjoyed Marissa Meyer’s “Cinder” as it took place in New Beijing and I just loved the Chinese culture explored in that book.

Brian K. Vaughan’s “Saga” series was always a fantastic book that promoted diversity and I just loved the characters in that series!  Also, Kurtis J. Wiebe’s “Rat Queens” series is a close second!

7. East of the Sun West of the Moon:  Favorite Book about Romance

I have read a lot of romance novels that really hit me to the core, so I chose Susan Elizabeth Phillips’ novel “Kiss An Angel” since it was the most powerful romance novel I had read yet!

8. How the Rhinoceros Got His Skin and How the Camel Got His Hump:  Most Unusual Book You’ve Read

The most unusual (and favorite) book I’ve read was Neil Gaiman’s “Neverwhere” as it was full of bizarre moments that twisted my mind, but made me love the book even more!

9. Pecos Bill:  Favorite Book that was adventurous and action packed

Probably the most action packed comic I’ve ever read was Joss Whedon’s run on “Astonishing X-Men.” Every moment was pretty much an intense ride for the X-Men!

Lisa Kleypas’ “Wallflower” series was a fantastic series that was about the friendship between a set of women who are trying to get married and yet try to stay close to each other as much as possible. I just loved their humorous and witty dynamic with each other!

11. A Gingerbread Christmas:  Favorite Book that was holiday themed

Jill Shalvis’ “Simply Irresistible” took place during Christmas time and it was such a heartwarming and hilarious story that made me feel good inside!

12. Brer Rabbit and the Wonderful Tar Baby:  Favorite Book with a rivalry between two characters

Alan Moore’s “Batman: The Killing Joke” was probably my most favorite interpretation of the rivalry between the Joker and Batman!

I have always loved Lisa Kleypas “Hathaway” series as the Hathaway family go through some tough times, but they still stick together no matter what!

Patricia Briggs’ “Moon Called” does have a werewolf in the book, so I would definitely count that!

Mary Balogh’s “A Summer to Remember” sort of put me to sleep. Maybe, I’ll give that book a second chance since I didn’t finish reading it the first time.

And the people I nominate are:

Thou shall not leave a book unread